St. Augustine High School held its 67th commencement exercises on Wednesday, May 19, 2021, at St. Joseph’s Church honoring the class of 2021.

The class of 113 graduates earned $8.5 million in college scholarships and received admission offers from more than 163 universities and colleges throughout the U.S. 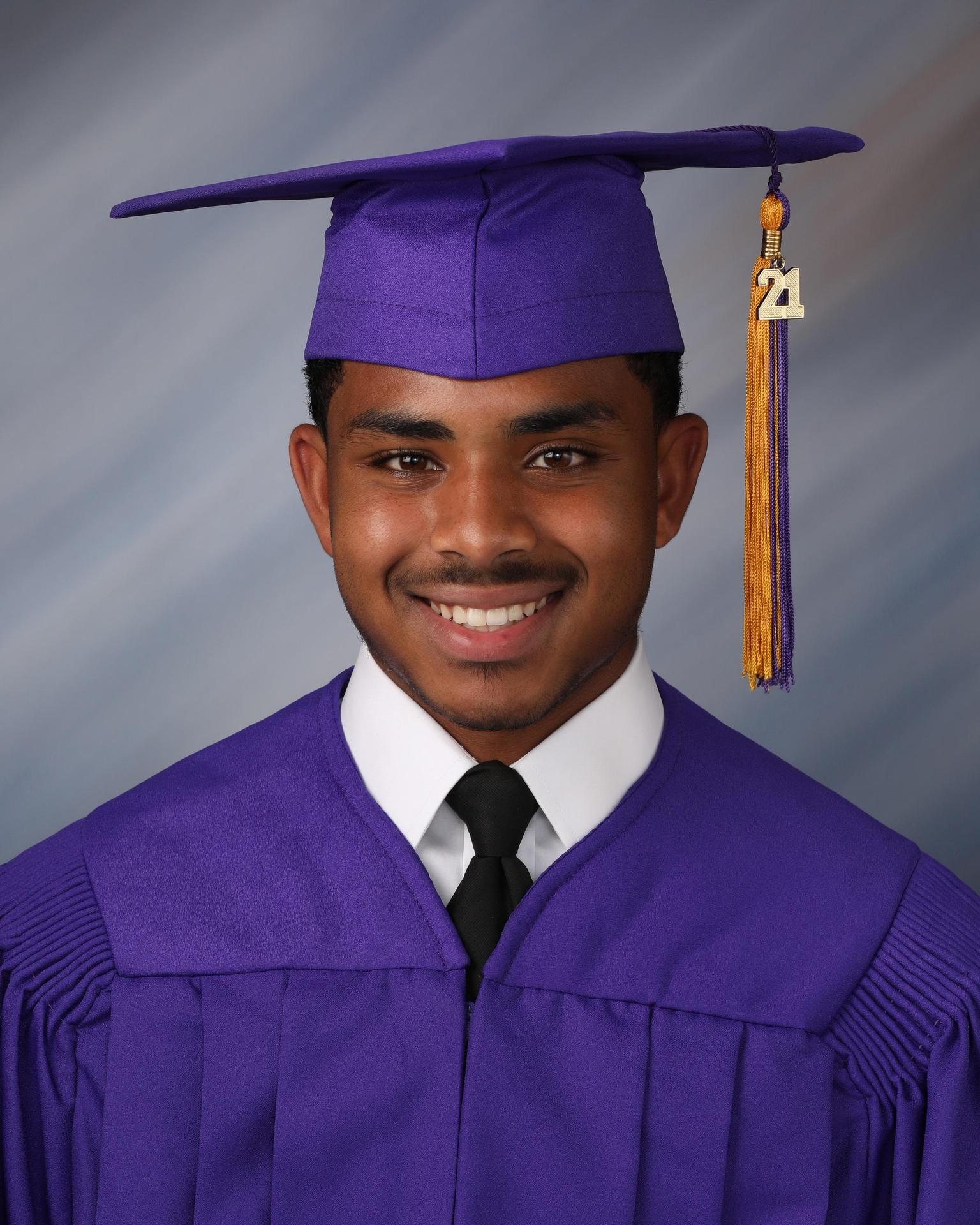 graduating senior who best demonstrates excellence in scholarship, leadership, character, participation in activities, personality, and the spirit of cooperation.

The valedictorian of the class of 2021 is Alfred R. Ripoll IV, son of Mr. Alfred Ripoll III and Mrs. Kawana Ripoll of New Orleans. A recipient of the 2021 Dr. Percy A. Pierre Engineering Scholarship Award, Ripoll plans to attend Princeton University where he will major in Engineering. At St. Augustine Ripoll was a member of the National Honor Society, Baseball and Track Team, Future Business Leaders of American, the STEM club, and Campus Ministry. He was named LHSAA 2020-2021 Baseball All-Academic Class. He received recognition from College Board as a 2020-2021 African American Scholar for excellence in academic achievement. Ripoll is also a member of the National Black Society of Engineers Junior Club, New Orleans Youth Academy Sports Law Program and New Orleans Youth Academy Sporty Analytics Program.  Through the St. Augustine dual-enrollment program, Alfred has enrolled in college level courses since his freshman year and earned 21 credits to apply towards his collegiate education. He is also a proud third-generation Purple Knight.

The salutatorian, Braden J. Lewis, is the son of Mr. Harold Lewis Jr., and Mrs. Shawanda Lewis. Braden will attend 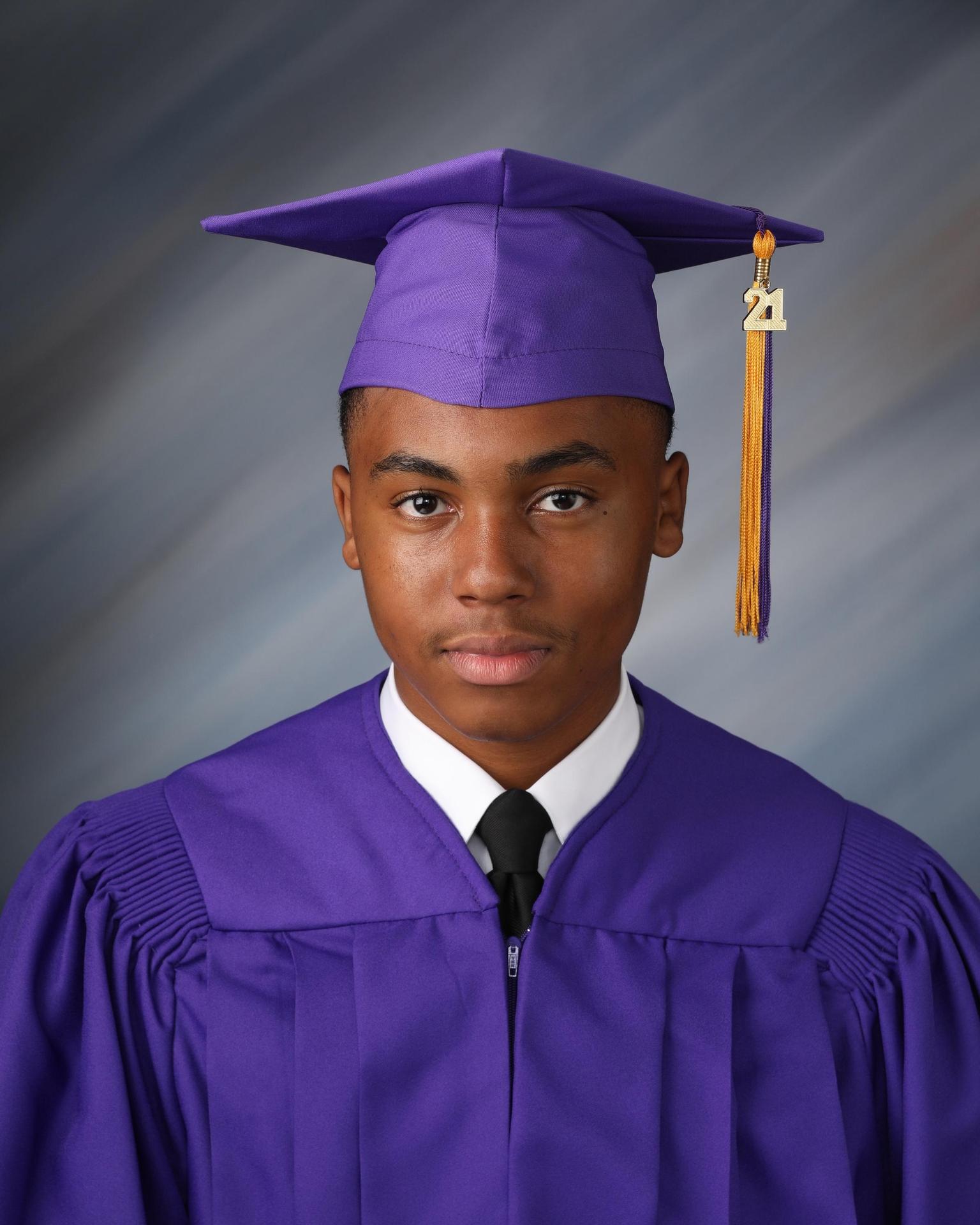 Xavier University of Louisiana where he received a full scholarship and plans to major in Business. Lewis was a member of the National Honor Society, film and media crew, Future Business Leaders of America, Speech and Debate club, Baseball team manager, photography club, and served as senior class president. He is a proud second-generation Purple Knight.

The St. Joseph and Rev. Robert Sullivan SSJ Award was presented to Tyrin L. Sykes, who best represents the model of humility and service reflecting St. Joseph’s resolve to be faithful to God, active in the community, supportive of others and by having a positive influence on others by living a life exemplifying his Catholic faith.

The Citizenship Award was presented to Braden L. Lewis who has demonstrated the ability to combine the spirit of cooperation and academic achievement with the principles associated with being an ethical and moral student.

Micah P. Pittman received the Knights of Columbus 4th Degree Patriotic Award that recognizes the student who promotes, by example, the highest degree of citizenship necessary for the perpetuation of our democratic form of government.

The Community Service Award was presented to Tyrin L. Sykes which recognizes the graduate who has exemplified the spirit of Saint Augustine by his participation and excellence in community service.

Phillip Petty III, was the recipient of the Film and Media Excellence Award which honors one graduating senior who has demonstrated extraordinary skills in film, interviewing, production, directing and editing multi-media projects.

The Edwin Harrell Hampton Award was presented to Zailand L. Adams, who exemplified leadership through campus and community involvement while exhibiting integrity, collaboration and best representing the character of a Marching 100 band member.

The Marching 100 Award was presented to Zha’Mar A. Farbe for best demonstrating the qualities of a Purple Knight through dedication to musical achievement.