Did You Know? by Fr. Peter Weiss - Part Four 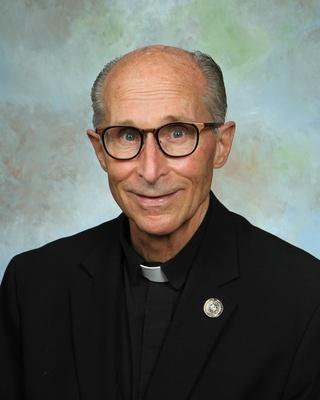 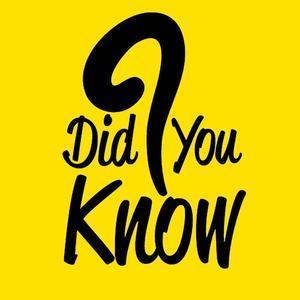 Fr. Weiss provides answers about the Catholic Faith and spirituality.
What's the best way to grow deeper in our understanding of the Catholic faith? Ask questions! Did you Know? by Fr. Weiss is an easy way to learn and grow in faith.

As we continue our journey through the celebration of the Mass, recall last week we started to study the Second Major Part of the Mass, the Liturgy of the Eucharist. The Liturgy of the Eucharist begins with the preparation of the altar, the offertory procession when our sacrificial offerings are made, and the eucharistic gifts of bread and wine are presented to the priest. At this point the celebrant, while preparing the elements of bread and wine,  recites the appropriate prayers by offering them individually to God. These prayers like those offered by Jesus during the Seder meal is used called the “Barakah” prayer. After presenting the gifts of bread and wine to God, the priest bows before the altar praying silently that God would accept this offering that is being made from those who are gathered with a “humble and contrite heart.” This is then followed by the priest washing his hands, which is an external act of interior purification. This is significant since the celebrant is about to handle that which is most sacred, the Body and Blood of Jesus Christ. Following these rituals, the Priest prays the Offertory Prayer, which leads into the Eucharistic Prayer.

The Preface consists of four parts. It begins with the initial dialogue, that is always the same and is of ancient origin. From its very beginning, it joins the prayer of the faithful who are gathered, with the prayer of the priest as together they lift their hearts “to the things that are above, where Christ is seated at the right hand of God.” (Col 3:1-2)

The second element is the praise of God the Father, when the celebrant repeats the response of the people by saying, “It is right to give him thanks and praise.” Then depending upon the various formulas, based on the nature of the celebration or the liturgical season, this prayer of the Church is elevated to the Heavenly Father.

The third element is the central part of the prayer and the most variable in content. It is dependent on the different days and feasts which joyfully proclaim the fundamental reasons for the act of thanksgiving and revolves around creation and salvation.

Finally, the end of the preface is a prologue to the “Holy, Holy, Holy,” which follows and associates the Eucharistic Prayer of the Church on earth with the worship of the heavenly liturgy in heaven.

The Preface then, calls our attention to our need to offer thankfulness and praise to God for all that Hechas done in our life and to offer our praise to Him for all the good that He blessed our life with daily. This then brings us to the Eucharistic Prayer, or Canon. (Explanation of the Mass - The Preface - Home of the Mother)

After the “Doxology” everyone stands to recite the prayer that our Lord taught us, “The Lord’s Prayer. (Mt.6:9-13). The Lord’s Prayer is our petition prayer for daily food, which for Christians means preeminently the eucharistic bread and a plea for purification from sin, so that what is holy may, in fact, be given to those who are holy. (GIRM, no. 43)

Following the Lord’s Prayer is the “Rite of Peace” by which the Church petitions for peace and unity for herself and for the whole human family. In this the faithful who are gathered for the celebration are encouraged to express some sign of ecclesial communion and mutual charity with one another, before receiving the Sacrament of Communion, which is a sign of unity.

After the “Rite of Peace” there is Fraction Prayer, by the priest. At this point the celebrant breaks the bread and places a small piece of bread into the chalice. This gesture, the breaking of the bread, the “Body of  Christ,” goes back to the Seder Meal, when Christ at the Last Supper gave the entire eucharistic action its name in apostolic times. For it is in truth a sign that many faithful are made one body by receiving Communion from the one bread of life which is Christ, who died and rose for the salvation of the world. (GIRM, no 83)

What follows is the most sacred moment in the celebration of the Mass, the Eucharistic Procession. For at this moment those who are Catholic and in good standing within the Church come forward to receive the Body and Blood of Christ. It is this reception of the “Real Presence of Christ,” the “Bread that has Come down from heaven,” that is our “soul food.” For when we receive the Eucharist, we are receiving Jesus Christ into the core of our being. During this sacred time, everyone is encouraged to enter into their own personal communion with the Lord, who is truly in our midst.

After communion, there should be a moment of reverential silence for continued private prayer. This is our special opportunity to reflect on the greatness of God, and His actions in our life. In some churches this is accomplished through a meditation song, a liturgical prayer movement or reflective reading.

It is after this moment of meditation that the concluding prayer for the Eucharistic prayer is offered. It is commonly called the “Prayer After Communion.” This prayer attempts to capture in spirit the mystery that was celebrated and calls us to live that mystery daily in our life. This prayer then brings to conclusion the second major part of the Mass, “The Liturgy of the Eucharist.”

Next week we will look at the concluding rite, and Eucharistic Adoration.