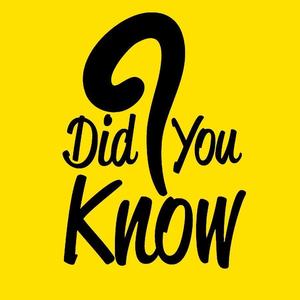 Fr. Weiss provides answers about the Catholic Faith and spirituality.
What's the best way to grow deeper in our understanding of the Catholic faith? Ask questions! Did you Know? by Fr. Weiss is an easy way to learn and grow in faith.

As we continue our journey through the Mass,

Recall, I mentioned that the Gathering Rite helps to form the foundation for the Celebration of the Mass. The Gathering Rite involves the coming together of the Community of Faith in a welcoming environment to celebrate God’s Word and the Eucharist.

The first major part of the Mass is “The Liturgy of the Word.” It is God’s Word that is proclaimed which provides the gathering community of faith with spiritual nourishment. Since the focus of our attention is on the proclamation of God’s Word it takes place at its own altar called the “ambo”. The ambo, like the pulpit in many other denominations is a sacred place and is restricted to the proclamation of God’s Word.

The Liturgy of the Word consists of three distinct readings from sacred scripture, coming from the Old Testament, The New Testament, and the Gospels. All three readings are inter-related by their common message which climax with the Gospel proclamation. Following the readings of Sacred Scripture is the Homily, which is when the Word of God that has just been proclaimed is broken open so that you and I can apply God’s Word to our daily life. Finally, the Liturgy of the Word comes to completion with the prayer of our Profession of Faith, and the Universal Prayer of the Church, when we pray for the Church, government leaders and the needs of the world.

This brings us to the Second Major Part of the Mass, “The Liturgy of the Eucharist.” Within the Catholic tradition the Eucharist is the high point in the celebration of the Mass. We can experience the “real presence of Jesus Christ” in the eucharistic elements of bread and wine. For Christ instituted this gift of Himself in the Eucharist during the Passover Meal which he celebrated with his disciples in the upper room. This is significant, since many of the prayers and rituals found in the “Liturgy of the Eucharist” have a direct connection with the Seder meal of Passover.

As a visible sign to the worshipping community that our focus of attention is shifting to the sacrificial offering of the Mass, our attention is drawn to the Altar. This is accomplished by placing the Sacramentary, the book that contains all the Mass prayers, as well as the chalices on the altar. Generally, as this movement is taking place the offertory collection is taken up, which represents our sacrificial offering to God and His Church. Also, the Eucharistic gifts of bread and wine are brought to the altar, as a symbolic gesture of the community’s gift to God. Pope Benedict XVI stated the significance of this action when he wrote:

The Synod Fathers also drew attention to the presentation of the gifts. This is not to be viewed simply as a kind of “interval” between the Liturgy of the Word and the Liturgy of the Eucharist. To do so would tend to weaken, at least, the sense of a single rite made up of two interrelated parts. This humble and simple gesture is actually very significant: in the bread and wine that we bring to the altar, all creation is taken up by Christ the Redeemer to be transformed and presented to the Father. In this way we also bring to the altar all the pain and suffering of the world, in the certainty that everything has value in God’s eyes. The authentic meaning of this gesture can be clearly expressed without the need for undue emphasis or complexity. It enables us to appreciate how God invites man to participate in bringing to fulfillment his handiwork, and in so doing, gives human labor its authentic meaning, since, through the celebration of the Eucharist, it is united to the redemptive sacrifice of Christ. (Explanation of the Mass - The Preparation of the Gifts - Home of the Mother)

The priest then prepares the bread and wine and, reciting the appropriate prayers, offers them individually to God. These prayers are like those that Jesus used in his prayers of blessing called the “Barakah” during the Seder ritual. After presenting the gifts of bread and wine to God, the priest bows before the altar praying silently that God would accept this offering that is being made from those who are gathered with a “humble and contrite heart.” This is then followed by washing of the hands of the priest, an act of interior purification. This is significant since the priest is about to handle that which is most sacred, the Body and Blood of Jesus Christ.

At the conclusion of this prayer our focus transitions in the Eucharistic Prayer proper, which we will cover next week.