A message from Fr. Weiss: "The Year of the Eucharist" 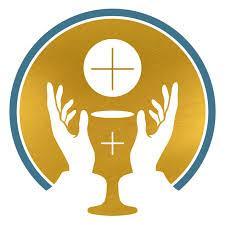 Year of the Eucharist and St. Joseph to Begin January 10, 2021. The new year marks a new beginning for us at Saint Augustine High School.

As we begin this New Year, it also marks a new beginning for us at Saint Augustine High School. Over the years I have been aware of the number of our families who are members of other faith traditions. While all faiths believe in one God, the expressions of that faith may differ. For example, within the Christian faith, we refer to the Holy Bible which consists of both the Old and the New Testament, as the source of God’s divine revelation. For those who are of the Jewish Faith, their Scripture consists of only the Old Testament which for them is the source of God’s divine revelation. For those who are members of the Muslim Faith, their Holy Book is the Quran, which contains 114 suras or chapters that are poems or sermons attributed to Muhammad which the Muslims believe are revelations from God. While all religious traditions have a different source by which their God communicates with them, in the end it is their God’s Divine Revelation that comes to them providing the formation of their faith direction and meaning to their life. It is these differences in the expression of our common faith life that helps to form the religious experience here at Saint Augustine High School.

Saint Augustine High School is a Catholic High School, and therefore teaches Catholic Doctrine. However, the prayer life of the school, which includes some practice of Catholic forms of worship, the Celebration of the Mass or recitation of the Rosary, which is a devotional prayer to Mary, we also encourage other forms of prayer which are from other religious traditions. In some cases that might be a reading from the Bible, spontaneous prayers that our students offer or a reflective reading that a student is willing to share.

In our Theology classes many of our students have raised some good questions regarding the Catholic Church, our systems of belief, and our various forms of worship. Their questions are challenging and refreshing since it reveals their own desire to come to a better knowledge of God and to grow deeper in faith.

It has been this thought that is the driving force for me to attempt to share some information about the Catholic Church and its teachings, at least once a month, to enlighten you and thereby aide you to grow in faith and in your own knowledge and understanding regarding the Catholic Church.

Therefore, if you have a question, or would like further explanation of some aspect of the Catholic Church’s practices or teachings please contact me at pweiss@purpleknights.com and I will attempt to answer your concerns or questions.

As a point of information, beginning on Sunday, January 10, the Feast of the Baptism of the Lord, Archbishop Aymond of the Archdiocese of New Orleans has declared that 2021 will be a “Year of the Eucharist.” The purpose of this year is to foster a special time of renewal, healing, and communion which will lead to a deeper growth in our relationship with Jesus Christ. Understand, within the Catholic Tradition the Eucharist, the “Body and Blood of Christ” is our special communion with God, for the Eucharist is the food that nourishes us with the very Body and Blood of Jesus Christ which enables us to be joined more closely to Him and to all humanity.

Over the next several months, it is my hope to journey with you through the various parts of the Mass to aide us to prayerfully understand what happens and its significance as together we lift our voices in prayer and in worship.